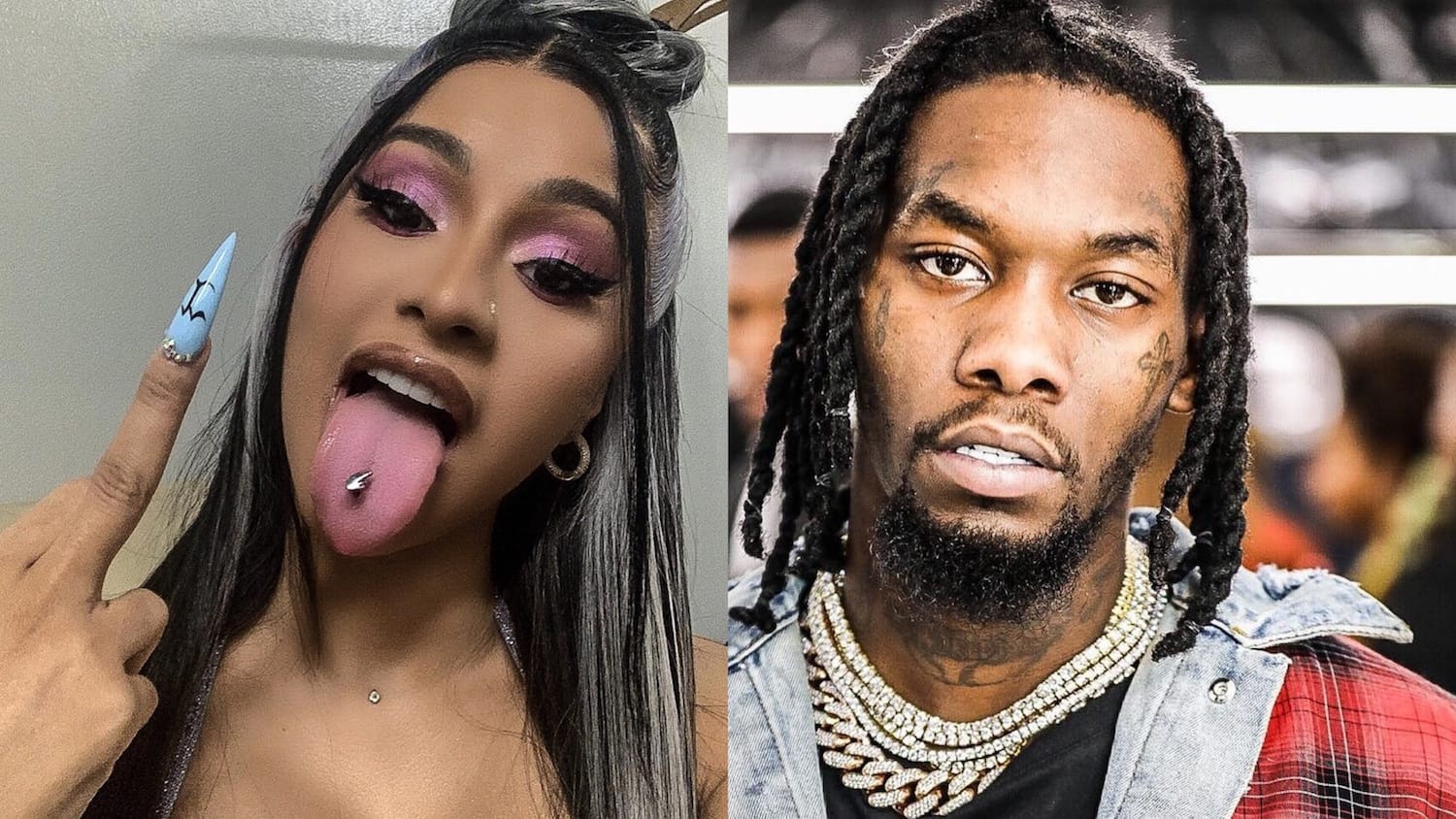 Cardi B is reportedly seeking a divorce from her husband, Offset, and custody of their 2-year-old daughter, Kulture Kiari.

The filing, per TMZ, indicates it’s a “contested divorce,” with Offset listed as the defendant and Cardi B as the plaintiff. There are “no prospects for reconciliation”, according to the filing.

The couple is due in court on November 4 at 10am.

According to the petition, Cardi B wants legal and primary physical custody of the pair’s 2-year-old daughter, Kulture. She is also seeking an equitable division of their marital assets as well as for Offset to pay both child support and all of her legal fees from the divorce.

The filing comes three years after the couple secretly married in September 2017, before Offset publicly proposed a month later by offering Cardi B a giant ring while they were on stage during a Philadelphia concert.

However, the couple has had a tumultuous marriage plagued by cheating allegations.

In January 2018, Cardi B outwardly confirmed Offset was at the center of a sex tape cheating scandal after rumors of a video and alleged liaison with another woman surfaced in December 2017.

In a February 2018 interview with Cosmopolitan, Cardi opened up about the situation and why she decided to stay.

“I know I look good, I know I’m rich, I know I’m talented. I know I could get any man I want — any basketball player, football player. But I want to work out my s— with my man, and I don’t got to explain why,” she said.

“I’m not your property. This is my life … I’m going to take my time, and I’m going to decide on my decision. It’s not right, what he f—ing did — but people don’t know what I did, ’cause I ain’t no angel.” she added.

The pair stayed together in the following months, and Cardi revealed during her April 2018 Saturday Night Live debut that she and Offset were expecting.

On July 10, 2018, Cardi B gave birth to their daughter, Kulture. (Along with Kulture, Offset also has three children from previous relationships.)

However, in August 2018, August, Cardi was involved in an incident with two bartenders at Angel’s Strip Club in Queens, New York. The bartenders claimed the rapper ordered an attack on them because she believed Offset had had an affair with one of them.

Then in December 2018, Cardi B introduced Kulture to the world via Instagram, the same day she announced that she and Offset were no longer in a relationship, saying a since-deleted Instagram video that they “grew out of love.”

“So everybody been bugging me and everything and you know I’ve been trying to work things out with my baby’s father for a hot minute now,” Cardi B said.

“We are really good friends and we are really good business partners — you know he’s always somebody that I run to talk to, and we got a lot of love for each other — but things just haven’t been working out between us for a long time,” she continued.

“It’s nobody fault I guess we just grew out of love, but we are not together anymore. It might take time to get a divorce and I’m going to always have a lot of love for him because he is my daughter’s father,” she concluded.

Her announcement came in the midst of reported infidelity on the part of Offset, with TMZ publishing a tearful video statement from model Summer Bunni in which she apologized for coming between the couple.

Offset pleaded for his wife to come back, offering a lengthy apology on Instagram a week after Cardi announced their split.

“I only got one birthday wish and that’s to get my wife back Cardi. We’re going through a lot of things right now, a lot of things in the media. I want to apologize to you Cardi. I embarrassed you. I made you go crazy,” he said.

“I was partaking in activity that I shouldn’t have been partaking in, and I apologize. You know what I’m saying? For breaking your heart, for breaking our promise, for breaking God’s promise and being a selfish, messed up husband,” he continued.

The following day, Offset interrupted Cardi B’s headlining set at Rolling Loud Festival in Los Angeles with a flower arrangement that spelled out “TAKE ME BACK CARDI” along with bouquets of red and white roses. The “Bodak Yellow” rapper, however, shook her head at Offset and had an inaudible exchange with him before sending him offstage.

By the end of January 2019, they had reconciled.

In March 2019, during an appearance on “The Ellen DeGeneres Show,” Offset opened up about becoming briefly estranged from Cardi B.

The “Bad and Boujee” rapper also told DeGeneres he decided to own his mistakes with his wife.

In Vogue’s January 2020 cover story, Cardi B revisited her decision to forgive and reunite with her husband following his infidelity.

“Everybody has issues. I believe in forgiveness. I prayed on it. Me and my husband, we prayed on it. We had priests come to us. And we just came to an understanding like, bro, it’s really us against the world,” she told the outlet.

Cardi B also addressed the criticism she faced when she chose to take her husband back, saying that many of her fans were disappointed in her.

“When me and my husband got into our issues you know, he cheated and everything and I decided to stay with him and work together with him, a lot of people were so mad at me; a lot of women felt disappointed in me,” she said.

“But it’s real-life s—. If you love somebody and you stop being with them, and you’re depressed and social media is telling you not to talk to that person because he cheated, you’re not really happy on the inside until you have the conversation. Then, if you get back with them, it’s like, how could you? You let all of us down,” she added.

However, Cardi B said people need to recognize that marriages aren’t easy and people make mistakes.

“People that be in marriages for years, when they say till death do us part, they not talking about little arguments like if you leave the fridge open. That’s including everything,” she said.

Most recently, Cardi B told ELLE’s September issue that her marriage to Offset can have “a lot of drama.”

“There’s always rumors about me and my husband, and I feel like people would rather start rumors because they want me to be heartbroken,” she said.

Neither Cardi B nor Offset have yet to publicly comment on the split.

Fabolous and Emily B Reveal Pregnancy After Baby Shower Brunch