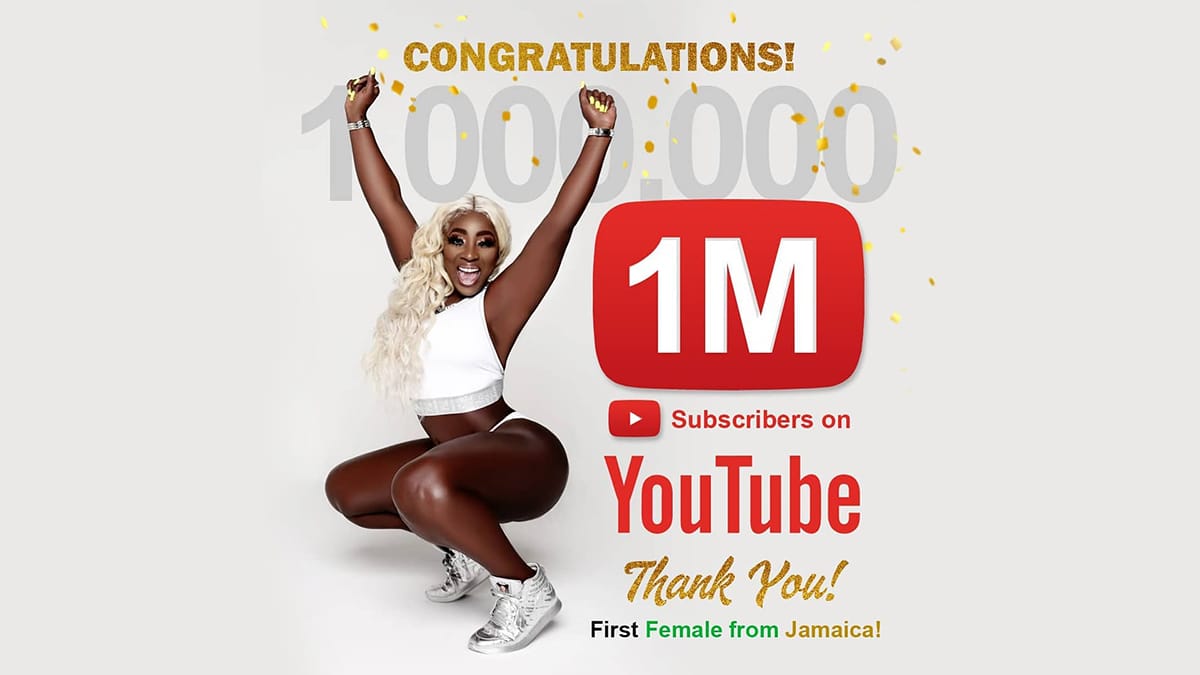 Spice has become the first female artiste out of Jamaica to accumulate one million subscribers on the streaming platform, YouTube.

The Dancehall singjay took to Instagram on Tuesday (Feb. 11) to announce the news with a huge thank you to her fans.

With her latest career milestone, Spice has joined a list of top Dancehall acts including Sean Paul, Alkaline and Vybz Kartel, who all have over a million subscribers on Youtube VEVO.

Despite being a veteran in the entertainment industry, with a thriving 20-year career, Spice has gained momentum over the last few years.

While the Jamaican deejay had achieved a significant amount of success within the local scene, she yearned for more international acclaim, which led to her decision to join the cast of VH1’s reality TV show Love & Hip Hop: Atlanta in 2018.

That same year, Spice released her first full-length mixtape, “Captured,” under her own record label Spice Official Entertainment following a legal dispute with VP Records over the release of her debut album. The project debuted at number one on the Billboard Reggae Albums chart while its lead single “Black Hypocrisy,” which addresses the issue of colorism, debuted at number one on the Reggae Digital Song Sales chart.

Last year, Spice appeared with Sean Paul on the remix of “Dumpling” by Stylo G, which received substantial international airplay.

Her latest effort, “Rolling,” has racked up over 845,500 views in just one week since its release and it is currently the number one trending music video in Jamaica on Youtube.

Spice has ventured into other businesses and industries including a clothing boutique called Spicey Couture, a beauty salon called Spicey Salon, a sports bar and lounge called 8 Ball and an online beauty store called Faces and Laces which offered a line of wigs and cosmetic products.

Spice, who is widely regarded as the “Queen of Dancehall,” is currently working on her debut album, which is slated to be released under Shaggy’s record label, Ranch Entertainment.

Eminem’s Daughter Hailie Shows Off Her Legs In Blazer Jacket