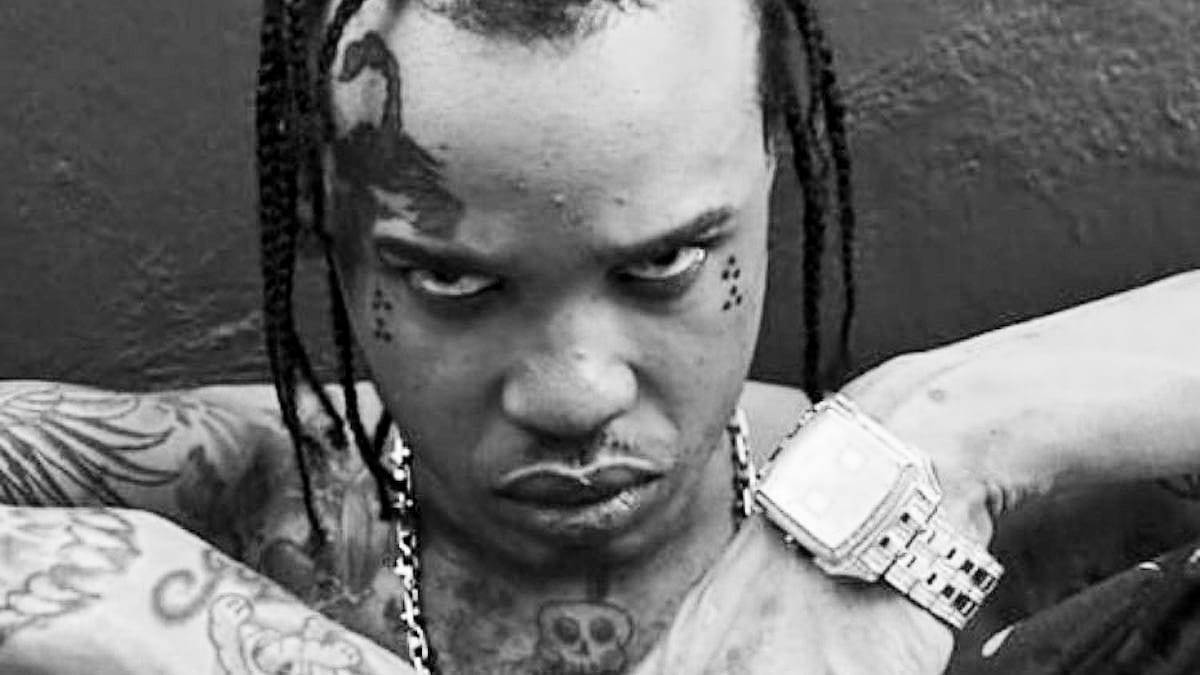 Tommy Lee Sparta was recently escorted by police at several apartments in Kingston where raids were conducted.

Taking to Twitter on Friday (July 31), the Jamaica Constabulary Force made the disclosure about the Dancehall artist while announcing that 10 persons were arrested who are allegedly affiliated to the St James-based Downtown Sparta Gang on Thursday (July 30).

Tommy Lee Sparta’s role in the searches was not disclosed.

The Gothic Dancehall artiste, whose real name is Leroy Russell, is currently being held under the State of Public Emergency in St James. He has been in police custody for over three weeks.

The 32-year-old entertainer, who is from the Flanker community of the Western parish, was asked to report to the Freeport Police Station for questioning about the upsurge of violence in the community.

He reportedly turned himself to police on July 7, the day which he was given as a deadline.

On July 8, reports surfaced stating that Tommy Lee Sparta spent a night in lock-up, with his attorney, Ernest Smith said the entertainer was detained under the current state of public emergency (SOE) in St. James.

“He has been detained. He has been taken into custody for the purpose of interviews with C-TOC [Counter Terrorism and Organised Crime Investigation Branch] and OCID [Organized Crime Investigations Division], and other agencies of the State…They have no charge against him; they want to question him. He has not been told anything of any offence he has committed. He has not been told that he is inciting anything. He is just told that he has influence over a gang by the name of Sparta Gang,” the attorney told the Jamaica Observer.

“My client [Tommy Lee Sparta] is not part of any Sparta Gang or any gang for that matter,” he added.

Under the SOE, persons can be held for 90 days without being charged.

Tommy Lee Sparta “Broke Down In Tears” During Police Custody

The lawyer also revealed that the “Not A Badness” deejay was distraught about the development.

“He broke down in tears because he was very emotional that he has left Montego Bay for good and his name is being called. He has been concentrating on his career and what has bothered him the most, now that his career has started to lift again, he said [is] ‘malicious persons want to drag him down’. It really broke his heart…I am confident, based on the instructions that he has given me, that he’s not involved in any form of wrongdoing; he’s not directing any operations of any Sparta or any other gang. Let us see what comes out of these interviews,” he told the publication.

This is the third time in four years that the entertainer has been listed as a person of interest.

Tommy Lee Sparta is known for songs such as “Timing,” “Shallow Grave,” “Rich Badness,” and most recently “Tattoo.”