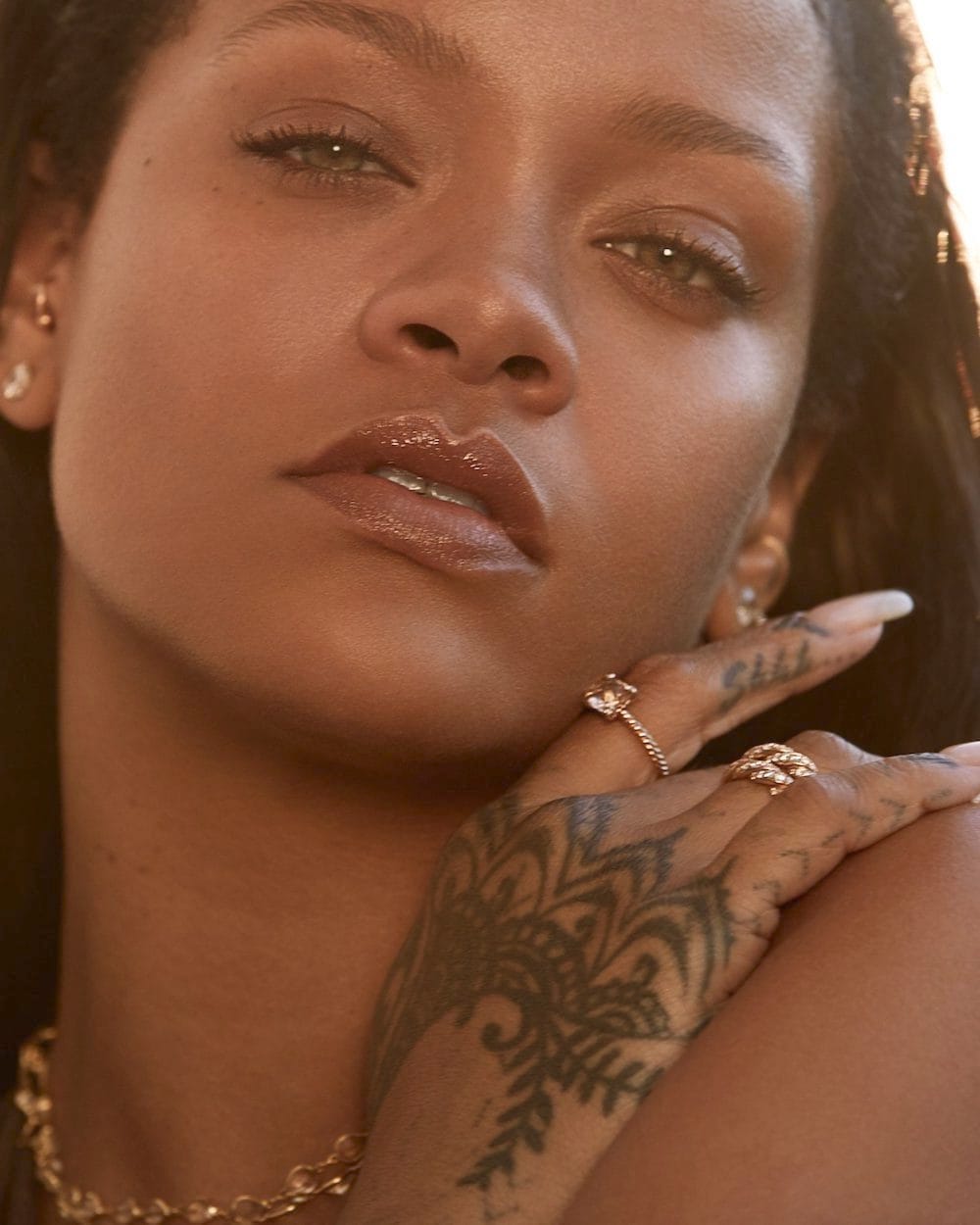 Rihanna initially made waves as a pop star, then a fashion mogul after founding Fenty, a luxury fashion brand that’s now owned by LVMH.

The 32-year-old Bajan singer is set to take over the beauty and grooming industry with the launch of her personal care line, Fenty Skin.

The Grammy award-winner and entrepreneur recently confirmed she’ll be dropping her new skincare collection on July 31 and that it’s gender-inclusive.

On Sunday (July 19), Rihanna shared an Instagram post of a one-minute commercial featuring the singer lounging poolside alongside models and shots of her products encased in sleek purple packaging. Fenty Skin includes a cleanser, toner–serum hybrid, and an SPF-infused moisturizer. A few famous friends including Lil Nas X and ASAP Rocky make a cameo in the video, which ends with the tag line, “The new culture of Skincare.”

‪”I’ve been working on @fentyskin for over 2 years, perfecting formulas and creating packaging that is kind to our planet!” Rihanna wrote in a caption.

“Formulas that work, and work well with makeup!!! Everything starts with the foundation that is your skin and we all know how obsessed I am with beautiful, healthy skin — so whether you want to wear makeup, or no makeup at all, there’s always glowing skin underneath.”

In another post on featuring a campaign photo of herself and ASAP Rocky, she said that her line is made for all genders.

“That’s right baby … @fentykkin is for my fellas too! No matter who you are, you deserve to have great skin!” she captioned the post.

In March, Rihanna hinted at her expansion into the skincare world.

“Skincare, it’s the truth. It either works or it doesn’t. There’s nowhere to hide,” she told British Vogue.

Fenty Skin is the latest addition to the ever-growing Fenty portfolio. In 2017, the singer founded Fenty Beauty (from her full name Robyn Rihanna Fenty), which reportedly made $100 million in sales in its first 40 days. The beauty line includes a foundation made in 50 shades and instantly grew a massive following especially among women of color.

In 2018, she introduced her lingerie line Savage x Fenty. Last year, she expanded her empire to fashion with the launch of Fenty, becoming the first woman to create an original collection for LVMH, the world’s largest luxury group, which owns a stable of heritage brands including Christian Dior, Céline, and Louis Vuitton.